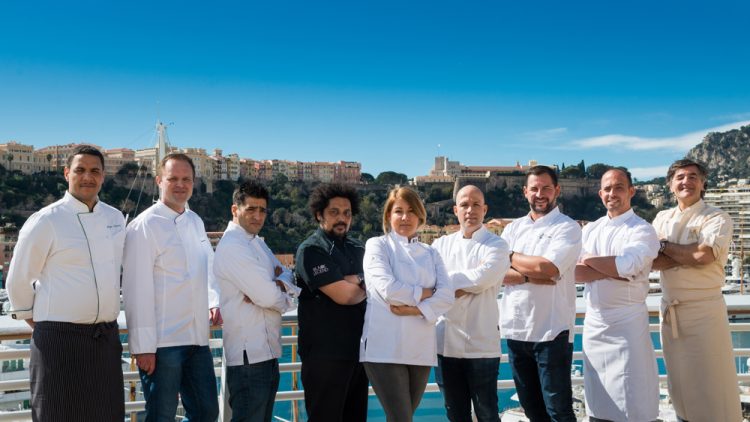 Under the aegis of its La Belle Classe Academy training centre, dedicated to those involved in the luxury yacht sector, the Yacht Club de Monaco and Bluewater have joined forces to organise a competition for superyacht chefs on 5th April.

“L’Art de Vivre la Mer is our motto. In keeping with the competition that we organise for chefs every two years during Monaco Classic Week – La Belle Classe, we want to pay tribute to these professionals who put their talents and culinary artistry at the service of owners. Promoting yachting professions is an important objective for us in our desire to position Monaco as Capital of Yachting,” explains Bernard d’Alessandri, General Secretary of the Yacht Club de Monaco.

For the 2018 edition, twelve chefs will go head-to-head from yachts over 40m.

On the programme: four rounds of 30 minutes when three chefs each prepare an original dish from a selection of surprise ingredients. Contestants will be judged on their creativity, use of produce, presentation and of course taste. Only three chefs with the best score will go through to the grand finale for the Lalique Trophy, which will be presented by HSH Prince Albert II.  .

Peter Bennett, founder and Managing Director of bluewater comments “we are delighted to partner with YCM for the first time with our world famous Superyacht Chef Competition. Now in its 9th year, we are continually amazed at the talent of the yacht chefs and what they are able to create from a limited selection of surprise ingredients, in just 30 minutes. The competition is growing, the pressure is on, and with this exciting jury line-up we hope the chefs are ready to create dishes that will make them stand out from the rest.”

The competition takes place at the Yacht Club de Monaco, supported by its chef, Christian Plumail, and is open to the public. Gourmet fans can watch the chefs compete at workstations replicating the reduced kitchen areas they operate in on yachts. It should not cause any “nightmares in the kitchen” for experienced professionals used to pulling culinary delights out of the hat in all conditions.