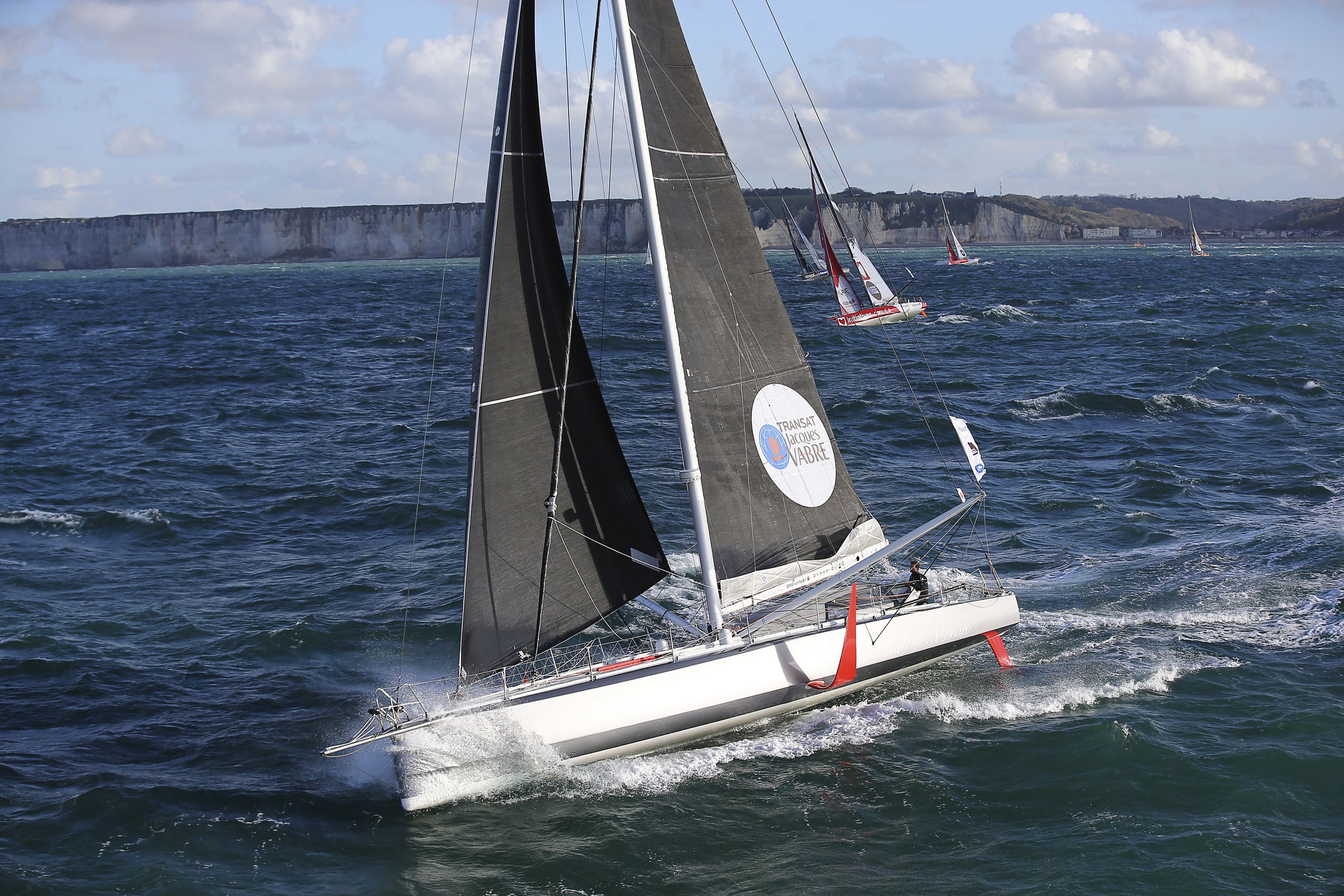 Monaco 17 th May 2018. In line with a sports policy driven by its President HSH Prince Albert II, the Yacht Club de Monaco is organising the first Monaco Globe Series early June, the first stage of the new IMOCA (2018-2020) World Championship. The second is the Route du Rhum in November which will be celebrating its 40th anniversary. With nine 60-footers registered, the double-handed non-stop offshore race without assistance is a chance for competitors to rack up points towards selection for the Vendée Globe 2020. The starting gun is set to be fire Sunday 3rd June 2018 by YCM President HSH Prince Albert II from the M/Y Pacha III, an elegant 36m motor-yacht built in 1936 at Camper & Nicholsons.

The 1,200nm offshore route embraces the most emblematic race marks in the Western Mediterranean. After the start in Monaco, the fleet races down Corsica’s west coast before being propelled through the Strait of Bonifacio past Sardinia, a tribute to the Yacht Club Costa Smeralda celebrating 20 years of twinning with the YCM. They then head for Sicily to tack in front of another club with which the YCM is twinned, the prestigious Circolo della Vela Sicilia, Challenger of Record for the 36th America’s Cup and organiser of the Palermo-Montecarlo, an important stage on the Mediterranean Maxi Offshore Challenge. The fleet then sets course for the Balearic Islands before returning to Monaco. A driving force behind this project, YCM Vice-President Pierre Casiraghi, paired with Boris Herrmann on his IMOCA Malizia-Yacht Club de Monaco, is convinced an event of this stature is significant “not only because it is our desire to further develop competitive sailing in Monaco, but to support new vocations and inspire our youngsters to dream. We don’t get the chance to see IMOCA boats very often here in the Mediterranean, which is why this meeting is unique.”

For the start, 18 sailors are confirmed including Bretons Paul Meilhat and Gwénolé Gahinet on SMA, winners of the last Rolex Fastnet Race. They face Louis Burton (Bureau Vallée 2) who has two Vendée Globes, three Transat Jacques Vabres and two Route du Rhums behind him. Three women will also be taking the helm, including Isabelle Joschke (Monin), Joan Mulloy (Kilcullen Team Ireland) and Alexia Barrier on 4myplanet2, an IMOCA used to the high seas, having come 15th in the 2016/2017 Vendée Globe and with a Rolex Fastnet Race, Velux de la 5 Océans and a Transat Jacques Vabre under her keel. Hailing from more “conventional” classes (dinghies, 6.5m and 40’ Class), Manuel Cousin is a newcomer to the IMOCA class on Groupe Setin. After three months in the yard, the former Mie-Câline-Artipôle has been given a new lease of life ready for her new owner. The future will tell if the work bears fruit. Another that has spent six months in the yard is Boulogne Billancourt, led by Stephane Le Diraison, which is ready to join the fleet in the Mediterranean. He is paired with Stan Maslard.

First pair engaged alongside Malizia II-Yacht Club de Monaco is Fabrice Amadeo and Eric Peron who return to the fray for this 1st Monaco Globe Series on Newrest Art & Fenêtres. After competing together in the 2015 Transat Jacques Vabre, the pair are set to attack the “Grande Bleue”. “Conditions can be very changeable in the Med and this type of course on a boat like this will require total commitment. But it will be very interesting,” reckons the Finistére sailor, Eric Peron.

The Monaco event marks the start of the new IMOCA 2018-2020 Championship, renamed the IMOCA Globe Series. It comprises seven events with a system of points and weightings, with a World Champion being announced after the final event, the Vendée Globe. With the Globe Series, it is the first time organisers have joined forces round the same project, all sights set on the Vendée Globe, considered by many to be the “Everest of the Seas”. A special press conference is being held on the opening day, Friday 1st June to present not only the Monaco Globe Series, first World Championship race, but also the rest of the calendar. For the first time ever, it will be attended by all the organisers including those of the Vendée Globe, Route de Rhum, The Transat and the New York Vendée.

Raising awareness of the sea with the public and young generation

In collaboration with the Prince Albert II of Monaco Foundation, the Monaco Globe Series is providing a platform for contestants to report on the state of the marine environment. The course crosses the Pelagos Sanctuary and skippers are likely to encounter the many marine mammals and cetaceans that roam this sea. Keen to share this unprecedented race with as many people as possible, Monaco Sat (Inmarsat partner) is opening its communication channels to teams free of charge, so they can broadcast photos and videos. It is a great opportunity for skippers to bring their experience alive for the public. In another initiative, this one by Pierre Casiraghi and Boris Herrmann, the YCM has developed an educational kit working with Monaco’s Education Department and the Prince Albert II of Monaco Foundation. Translated into French and German, the kit explains the mysteries of the marine environment in a fun way, alongside a competition entitled “Draw me Malizia II” aimed at school children in Monaco, and any youngsters (primary and secondary) who can download the kit from the YCM website (www.ycm.org). The one coming up with the best drawing wins an opportunity to watch the start of the race from a boat near the starting line.

Sailing enthusiasts the world-over can follow the race on a live tracking system broadcast on screens in the Yacht Club de Monaco and on the YCM website (www.yacht-club-monaco.mc). Online also, offshore fanatics can try their hand at a Virtual Regatta game, pitting their skills against seasoned sailors on the Monaco Globe Series course. Registration to take part on this virtual course will open on the portal ten days before the race.

These 60-foot (18.28m) mono-hulls made their entrance onto the race scene in 1986 at the BOC Challenge and are among the fastest modern racing hulls. Built using composite materials, they are designed to be as light as possible for speed, yet robust enough to withstand oceanic weather conditions. While the class may have decided to constrain its rating for safety reasons, IMOCA boats have continued to embrace innovations. Fixed keels became canting, hulls are more powerful (with more volume in front) and of course foils have made an appearance. These “Dali moustaches” take the weight of the hull and reduce hydrodynamic drag allowing the boat to go faster on certain points of sailing. The Monegasque boat Malizia II, former Gitana 16 that belonged to Sébastien Josse, is a newcomer to the YCM fleet and embodies the new generation which is considered one of the best mono-hulls competing in the last Vendée Globe. Fitted with a standardised keel and mast, the hull’s voluminous bow improves performance, not forgetting foils in place of the straight daggerboard of previous IMOCAs. 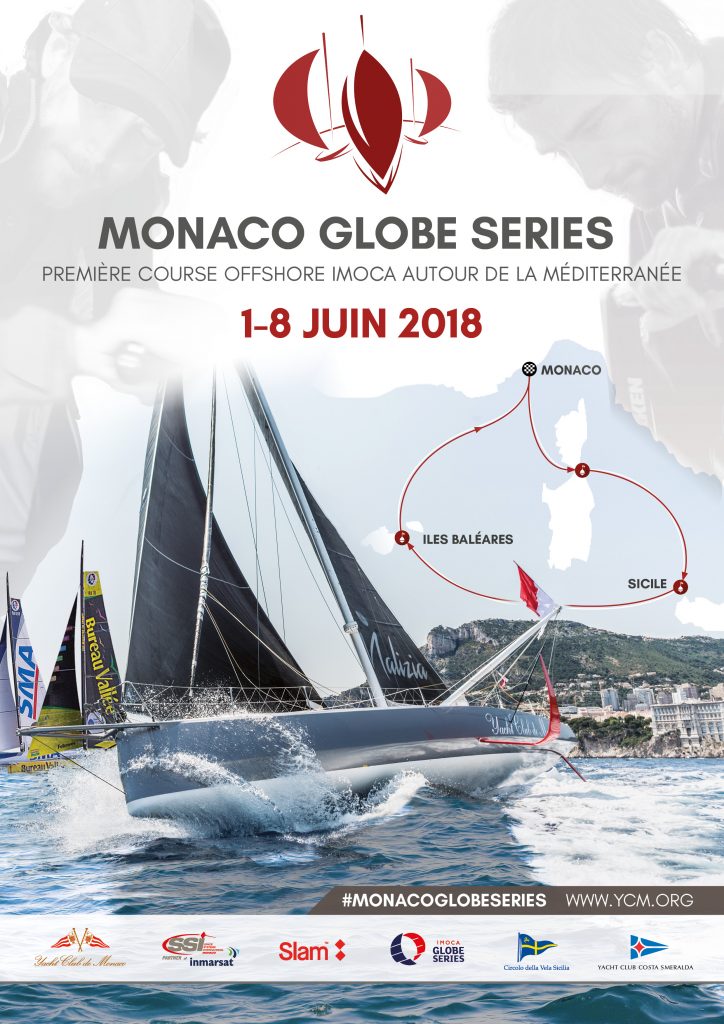