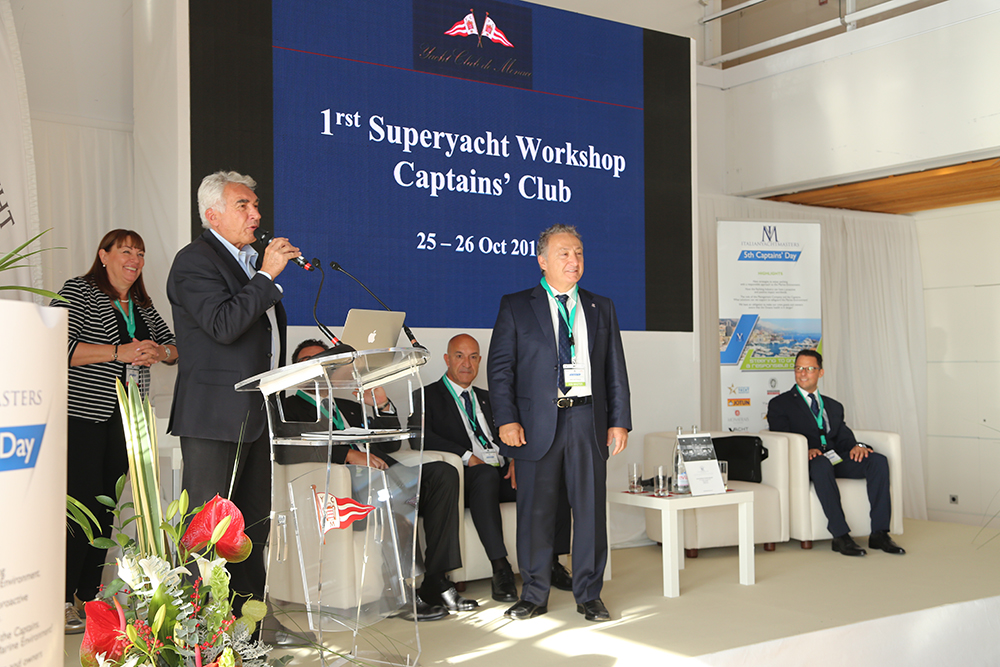 Superyacht captains take the helm to develop the yachting of tomorrow

The Yacht Club held its first Captains Club Superyachts Workshop on 25-26 October, two days of workshop-debates in association with three key captains’ associations: GEPY, Italian Yacht Master (IYM) and PYA. Held in partnership with Only Yacht, the initiative was organised under the aegis of the YCM’s Captains Club which federates superyacht captains with the 500 Captain’s Certificate. IYM opened discussions, drawing attention to environment issues associated with the luxury yacht industry and the attitudes adopted by crews and owners. The second day focused on labour laws, always a hot topic especially since a decree (n° 2017-307 of 9th March 2017) came into force on 1st July 2017, relating to seafarers who are resident in France and work on a foreign-flagged vessel.

The decree was discussed last April at the YCM: “Ten years ago, it was unthinkable to see all those involved in yachting round the same table with the sector’s authorities on who they depend to discuss yachting-related issues with the government. And how satisfying to see this happening in Monaco (…) As the yachting industry expands, tougher regulations than before are being introduced. A boat entering harbour today must produce around 37 documents! From the greywater record, to personnel, guests, point of departure and destination, etc.” said Bernard d’Alessandri, YCM General Secretary and President of the Cluster Yachting Monaco.

Which labour law to adopt, what are the solutions, how best to protect oneself were some of the topics covered. There were heated discussions between captains and speakers, experts in labour law, illustrating the profession’s concerns, and others.

“The purpose of these steps and reflections is to restore confidence, because without trust, humans go nowhere,” commented Jérôme Lavaine, a former judge in the French Labour Court and mediation expert. “Changes with the law have turned everything upside down which has created a period of transition and uncertainty,” explained Lionel Budieu, a lawyer at the bar in Nice.

After lunch, the PYA gave a presentation on new tools in place to link maritime professionals and prevent threats to yachts that are increasingly connected. A workshop involving role play between delegates in different categories followed, highlighting the main advantages of these platforms.

More than 400 delegates attended the two-day workshop, demonstrating yet again that the Principality through its Yacht Club has established itself as a centre that has its finger on the pulse.