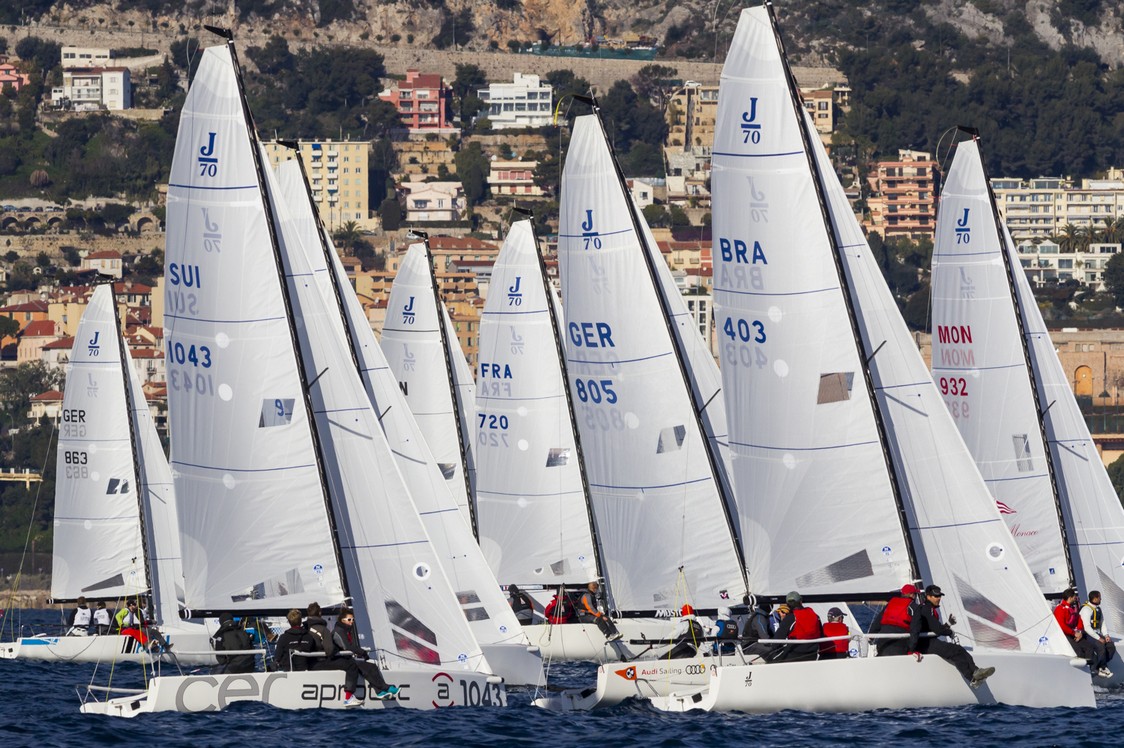 Five classes and over 100 boats set for 33rd edition

Monaco, Monday 30th January 2017. As part of its proactive sailing policy and bringing life to the harbour, the Yacht Club de Monaco is expecting an armada of one-design elites for the 33rd Primo Cup – Trophée Credit Suisse, 2-5 February. With 800+ sailors from 15 countries expected, the event brings together top European teams and enthusiastic amateurs. A spectacle on the water and après-racing ambiance ashore are guaranteed.

Always ready to innovate and improve, the 33rd Primo Cup – Trophée Credit Suisse sees a major change in format as it will run over one single weekend for the first time since its launch in 1985. Three courses will be set in the bay of Monaco, another first for the Primo to give each class more space and opening up the choice of tactical possibilities compared to previous years where up to six classes were sometimes rounding the marks at a time.

Among the regular one-design classes, of note this year is the presence of the ultra-modern all-carbon M32 multi-hull. The latest darlings of the race scene, these cats have been the star of the show at international meetings from Scandinavia to the United States, Bermuda and of course the Mediterranean.  With their format of non-stop back-to-back races lasting 8 to 11 minutes all day, the race format is particularly exciting to watch.

Alongside them, loyal supporters of the meeting are set to do battle.

For the Stars, the Primo Cup is the second stage of their winter circuit. Around 20 teams are expected including Austrian Christian Nehammer from the Beijing Olympics and 1991 World Champion, Italian Roberto Benamati, both serious podium contenders. They face American Jack Jennings, making the trip from the USA, teamed up with German Frithjof Kleen, one of the best sailors in this class and 2014 World Champion.

Two young double-acts will also be there, proof of the come-back taking place in this demanding former Olympic series, dominated last year by the German duo led by Philipp Rotermund.

The German Frers-design Smeralda 888 class, held in such affection by the Yacht Club Costa Smeralda and Yacht Club de Monaco, will be there with the doyen of the fleet, Adalberto Miani, in the role as favourite.

In the Melges 20s and J/70s, who have established their winter base in the Principality since October, many are from Northern and Eastern Europe. They will be battling it out for precious points at this Primo Cup – Trophée Credit Suisse, a key stage for both classes in the Monaco Sportsboat Winter Series before the final weekend early March, and generally in the Melges 20 Mediterranean calendar.

Both these very international classes will be out in force with 40-plus J/70s and 20-plus Melges 20s, including experienced teams, such as Italian Vincenzo Onorato (Mascalzone Latino, J/70) and Frenchman Sébastien Col (Arcora, Melges 20).

Another special feature of the Primo Cup – Trophée Credit Suisse is that all crew members in the first three boats in each class receive clothing from SLAM’s Advanced Technology Sportswear.

It all starts on Thursday with a warm-up race at 1.00pm and the first official races on Friday at 11.00am.