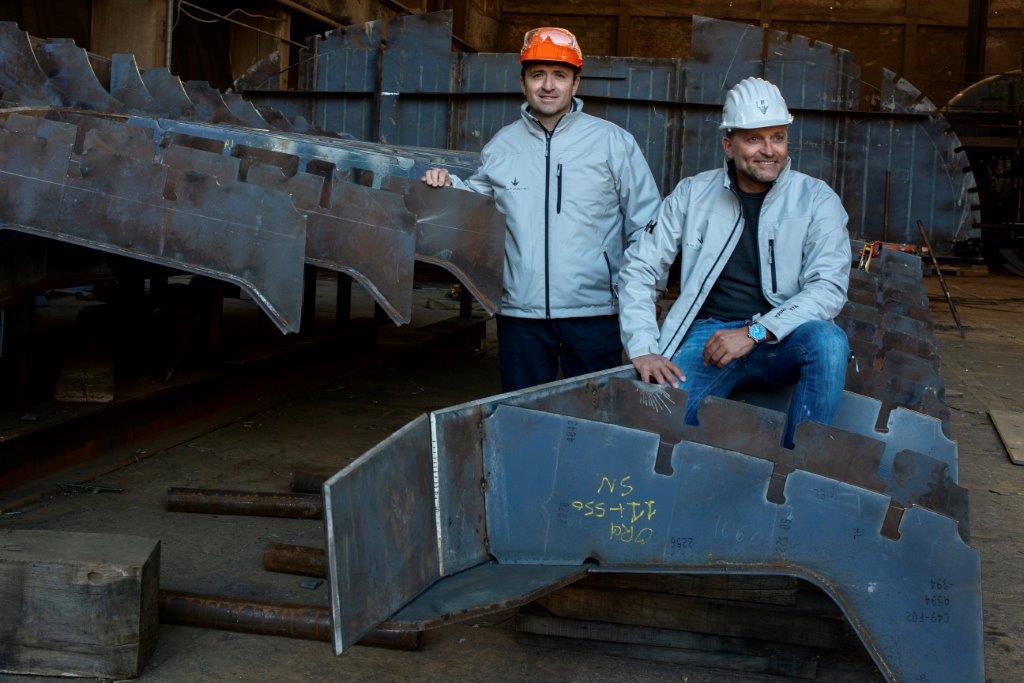 Just six months on from its creation, Antonini Navi, Gruppo Antonini’s new luxury yacht brand, is starting construction on spec of its first Utility Platform 40 unit, a yacht with a modular hull that can be adapted to produce three different displacement models: Motoryacht, Crossover and Explorer. This solution guarantees faster delivery times and total freedom of customisation in terms of both style and model.

Antonini Navi is proud to announce the start of construction on spec of its first unit: the UP40 (Utility Platform 40). Thanks to the creativity of award-winning designer Fulvio De Simoni, working in close collaboration with the Yard’s engineering office, this 40-metre steel platform forms the basis for three different models according to the owner’s choice of superstructure: Motoryacht, Crossover or Explorer. This solution allows construction work to begin on the hull before the owner has decided exactly what type of boat they want.

Regardless of owners’ different choices in terms of design and type of use, all the yachts built by Antonini Navi will have a hull with the same technical parameters and the same level of reliability, robustness and seaworthiness.

The decision to start construction on spec is a major investment for Antonini Navi. As well as being strategically convincing – in that it cuts delivery times – it also reflects the financial solidity of the La Spezia yard and its strong belief in the project.

The construction process was recently initiated at the company’s yards in Marina di Pertusola in the Gulf of La Spezia and the first unit is being built in the recently modernised 1,200-square-metre main shed. With the yacht’s launch and handing over planned for 2022, the future owner will have until April 30, 2021 to decide on the Concept and details.

The Yard is currently also working on the steel hull of a 52-metre unit that Antonini Navi is building “on contract”, a business the company has been successfully developing over the years in partnership with some of the world’s top yachting brands. Only a few months ago, for example, a 49-metre aluminium unit was completed and delivered.

Work on the new build began a few weeks ago in the recently renovated shed at the Marina di Pertusola (Muggiano) shipyard in the Gulf of La Spezia. Over 80 metres long and fitted out to work on two 30 to 70-metre superyacht platforms in parallel, this new “flagship” shed is the highpoint of the shipyard, a facility with a total surface area of over 55,000 square metres, of which 30,000

square metres under cover. The Yard will soon also have an 800 T travel lift and a 70-metre-long slipway.

The Yard’s decision to start work on spec is yet another demonstration of the dynamism and operating capacity of a brand that while young has solid roots in Gruppo Antonini,a consolidated industrial concern thathas carried out a full-scale rationalisation of its operating resources and is always setting itself new objectives in the fields where it has a history of excellence (including the construction of large steel structures for the Oil & Gas industry, shipbuilding, industrial plant engineering, production of pressure equipment and maintenance of complex plant), leveraging the skills of its human resources and advanced technology facilities.