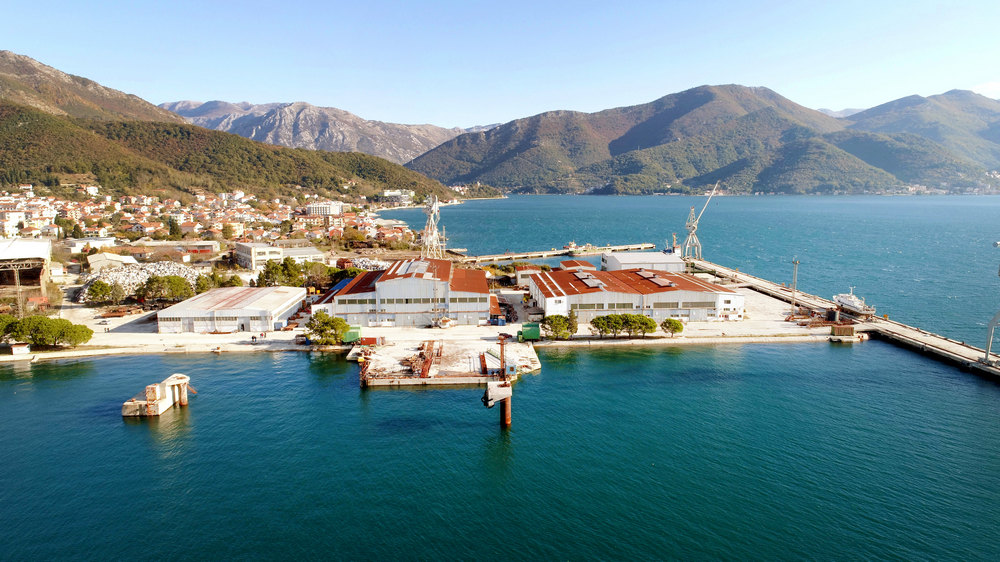 Damen, Adriatic Marinas and the Montenegrin Government sign contract for redevelopment of Bijela shipyard Consortium to transform site into superyacht repair and refit facility The consortium of superyacht marina development and operating group Adriatic Marinas and the global ship and superyacht builder Damen, have been working with the Government of Montenegro. Since 2012 the parties have been developing plans to bring about the redevelopment of the former Bijela shipyard in Boka Bay, Montenegro. The recent completion of technical surveys and the placing of a contract by the government and the World Bank for the remediation of the site has paved the way for the signing of the Concession Agreement for the yard on 30th November. Following completion of the remediation works in early 2020, it will be transformed by the consortium over the following 12 months into a superyacht repair and refit facility. This initiative has been challenging, but the resulting benefits to the economy of Montenegro are potentially significant with over 300 people eventually expected to return to the marine industry. Bijela, Herzeg Novi, is the historic homeland of the sector in Montenegro and with this the region will once again deliver Montenegro’s renowned skills to the Mediterranean marine market. The planning of recruitment and training through the reputable apprenticeship programme that Damen operates throughout its global network of shipyards is already underway. So too are plans for the production of new, state-of-the-art lifting and repair equipment to be brought to the facility following completion of remediation works. In the meantime, it is hoped that interim arrangements can be agreed with the Government of Montenegro and its remediation contractor Valgo, to allow a preliminary yachting service to be operated in the western portion of the Bijela site. This could commence as early as winter 2019/20.