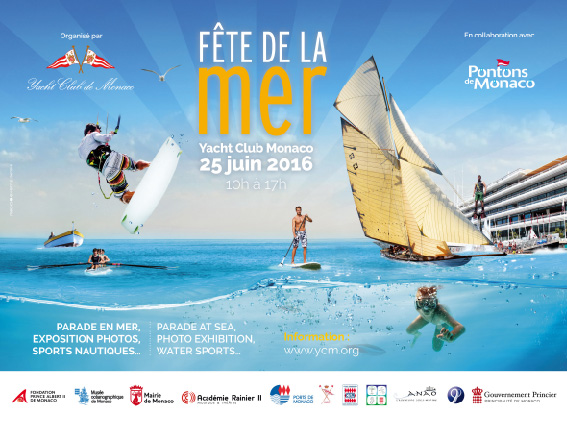 Everyone on the sea for St Peter!

“Get everyone together on the sea” is the slogan for this summer festival organised in honour of St Peter, patron saint of fishermen.
An initiative of the Yacht Club de Monaco, this year’s festival is being organised in collaboration with a host of Monegasque institutions, including the Monaco Mairie (city council), Société Nautiques de Monaco (rowing club), Association des Pontons de Monaco (pleasure boats), Prince Albert II of Monaco Foundation, the Oceanographic Museum, Club d’Exploration sous-marine de Monaco (scuba-diving) and Association Monégasque de la Protection de la Nature.

A full programme is on offer all day for people to discover a host of water-based activities: giant water slide, stand-up paddling, rowing, sailing, scuba-diving introductory sessions, etc. plus a photography exhibition (marine archaeology…). The highlight is a grand nautical parade between Monaco’s two harbours, preceded by a blessing at sea.

YCM invites all pleasure boats to join first-ever Grand Parade
The meeting point at 10.00am is in front of the Oceanographic Museum for pointus, keelboats, one-designs (all under 18m) – sailing and motor boats – from the Principality and neighbouring towns, and everyone is welcome to be part of this spectacle. For the Yacht Club de Monaco’s flagship, Tuiga, her participation in the festival will be her first official outing of the season.

From 12.30pm a long table will be set up on Quai Louis II for a lunch of Monegasque specialities prepared by Chef Christian Plumail for those taking part in the grand parade, a much anticipated highlight, with entertainment provided by the choir from the Rainier III Music and Theatre Academy.