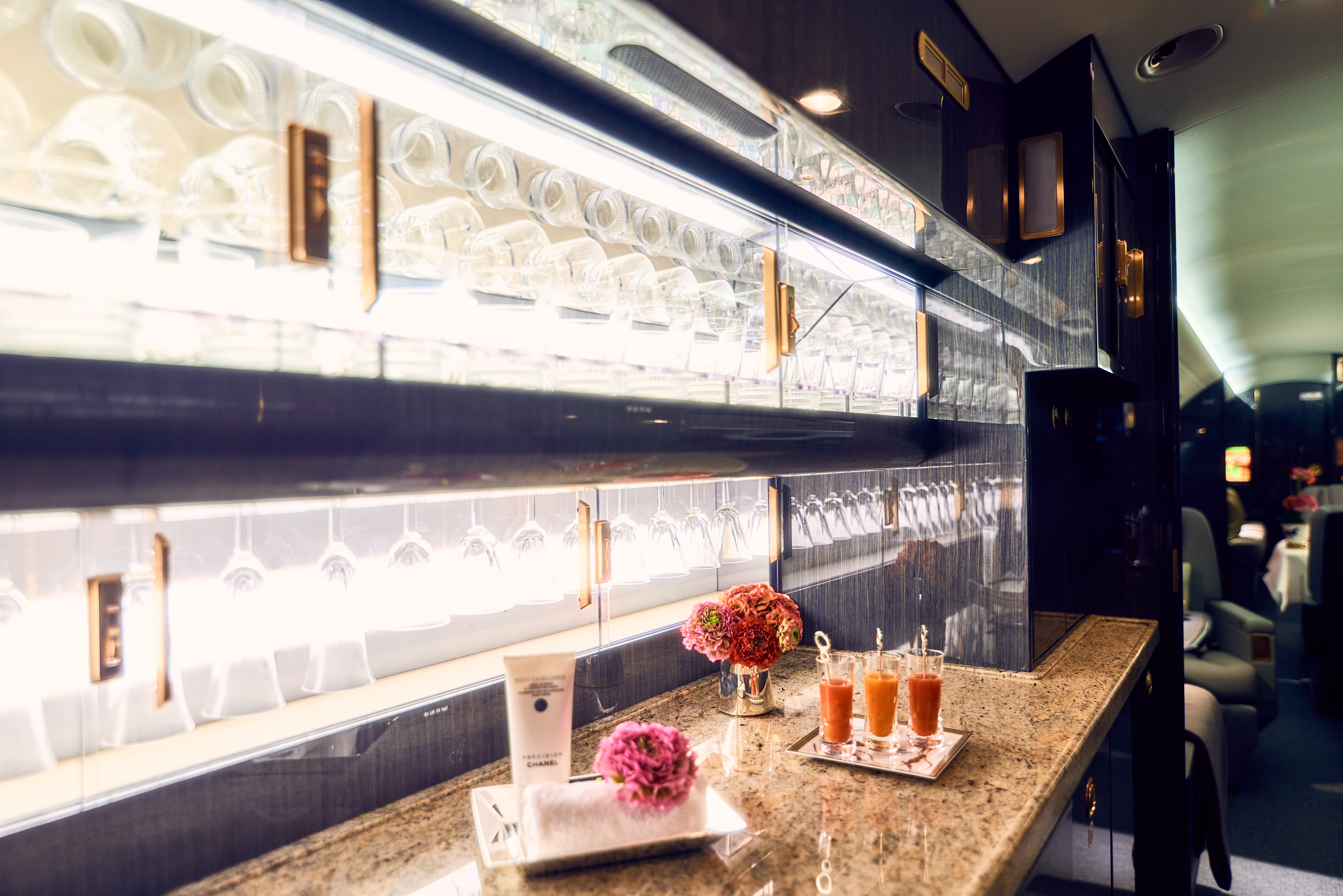 China
A few weeks ago, Global Jet proudly presented its Joint Venture, Jinggong Global Jet Ltd at ABACE 2016. The new company was able to display on the static its first B-registered Falcon 2000EX Easy which will soon be available for charter out of Hangzhou, China. This 12 seater, offering Wi-Fi and the services of a fully English speaking crew is the only of its kind for charter in Mainland China. “We are pioneers in this region. We were the first foreign operator to obtain a Chinese AOC. We are introducing a new aircraft type in the country. After 10 years working in China, we can definitely say that we have established the right basis and connections for success and that we look forward to a bright future with our operation”, states David Mezenen, Business Development Director Asia Pacific for Global Jet.

Charter Fleet
Since the beginning of the year the charter fleet has expanded its Gulfstream family welcoming two new aircraft. An elegantly functional G450 offering space, silence and amenities needed to work or relax, as well as a 2013 G550 that combines productivity and exceptional comfort on board with an ultra-long range performance. Both jets offer WiFi and a dedicated crew, fully trained to the highest safety requirements and levels of service.
Global Jet is also delighted to announce the arrival within its charter fleet of a 2012 Embraer Lineage 1000. This aircraft will welcome 18 passengers in the utmost comfort. Based in the Middle-East, the Embraer Lineage can fly for nearly 7 hours and reach Paris from Jeddah, the Canadian coasts from London or Dubai from Hong Kong. To reinforce its Middle-East presence, Global Jet appointed Mr. Hardy Sohanpal as its regional sales director.

Aircraft Sales and Acquisitions
From its Monaco office, Global Jet is taking care of the Sales & Acquisitions part of its activities. Since the beginning of the year, the team received several new exclusive mandates and closed a few deals on various aircraft. We can for example mention the sale of a Falcon. 7X, of an Airbus 319, of a Global 5000 and a G550. “Most of the aircraft sold in Europe are leaving to America or to Asia. The Asian market is really starting to pick-up again and clients are getting more and more interested in acquiring private jets”, states Florian Van der
Cruyssen, Aircraft Sales Director for the company. “They love our European aesthetics and want things to move fast and without too much hassle!”

Aircraft Management
So far, 2016 has been a good year for Global Jet in terms of aircraft entry in the fleet. During the 5 first months of the year, the companywelcomed 7 aircraft. This follows the trend set up over the previous years. Global Jet boasts the largest Dassault fleet on the market with 21 aircraft from the French Manufacturer, including 12 Falcon 7X. The operator also keeps on developing its G650 fleet with now 3 of the state-of-art airplane in management. These additions make Global Jet one of the European leaders for this aircraft type. Eventually, a brand-new BBJ3 available for charter will join the fleet at the end of the year. This aircraft will confirm Global Jet’s influent position on the wide-bodies market. Today the company operates 13 VIP airliners including a Boeing 767 and an Airbus 340.

EBACE 2016
After the great 2015 celebration of its 15th anniversary, Global Jet will welcome its guest this year to its brand new booth, X131, located in Hall 6. “We look forward to the show and to presenting the great partnerships and surprises we have set up for this year”, reveals Héloïse Converset, Sales & Marketing Executive for the company.