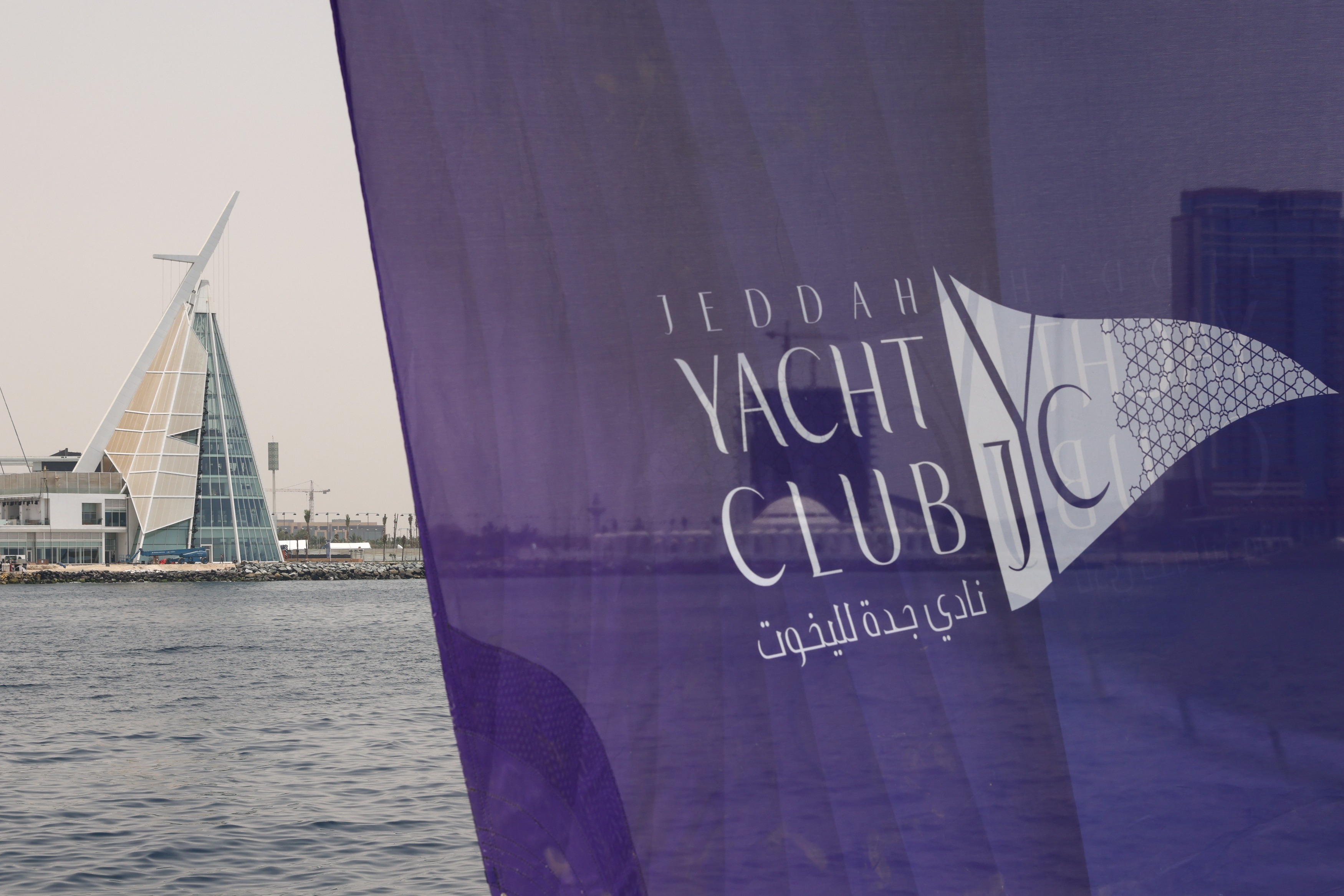 Foiling and ocean racing boats and sailors are in Jeddah throughout May and June as part of the Jeddah Season celebrations hosted by the National Events Centre of Saudi Arabia. The initiative is being run by Jeddah Yacht Club in partnership with Saudi Sailing Federation and is designed to inspire and encourage more people to participate in sailing in Saudi Arabia.

Sailing was selected by the National Events Centre of Saudi Arabia as a key component of Jeddah Season 2022 – a two-month programme of art, entertainment and culture running throughout May and June that reflects Jeddah’s rich culture and heritage as well as its growing status as a major regional tourist destination.

For six weeks a team of sailors from Foiling Week will be based at Jeddah Yacht Club and will be hosting come-and-try sessions and demonstrations in futuristic boats including a Persico 69F, Waszps and Nikki foiling boats, Wing Foils and E-Foils. Three ocean racing boats and their crews will also provide insight into what it is like to race around the world.

“It is wonderful to welcome Foiling Week Team and the ocean racing yachts to Jeddah and we hope that the inspiration these amazing boats and boards bring, will make more young people want to sail and enjoy water sports. Foiling Week is dedicated to the amazingly fast foiling boats. It is an incredible sight when these high-tech machines rise up out of the water and skim across the waves. The ocean racing boats that are here give a different but equally dramatic insight into the amazing potential the sport of sailing has for the people of Saudi Arabia.Through our partnership with Jeddah Yacht Club the Saudi Sailing Federation is working to demonstrate to the people of Jeddah that sailing is exciting, fast and safe.”

“We have brought to Jeddah Season the talented team from Foiling Week and the ocean race boats. We are building a destination and a sport, so it is fitting to host these great boats and talented sailors. We want people to come to Jeddah Yacht Club and experience sailing. It is a relatively little-known sport in Saudi Arabia and our aim is to inspire more people to take it up.”

A Women’s Day is being hosted by Jeddah Yacht Club and Saudi Sailing Federation on 24th May to demonstrate to Saudi Arabian women and girls that sailing is a sport open for them.

“Like the America’s Cup, the Ocean Race, SailGP and other events, Foiling Week is one of the eight most representative references of our sport to which World Sailing has decided to assign the exclusive qualification of Special Event. They ask us to be foiling ambassadors throughout the world. We’ll always be ready to collaborate and support Yacht Clubs as well as National Sailing Authorities to promote foiling and we are here today for the first time in the Kingdom of Saudi, very proud to be talking to the people of this wonderful country, new grassroots for Sailing 3.0.”

Andrew Pindar, Founder at Pindar Partners and Director of The Magenta Project, added:

“It’s fabulous to see all manner of sailing opportunities opening up for people throughout Saudi Arabia as a result of Jeddah Season. And for me as a Director of The Magenta Project, an international organization set up with a mission to advance the participation of women in the world of sailing, it’s especially so as the super exciting Foiling Week team is in town show-casing the latest and the best advancements on the water as well as giving women (and men) the chance to try foiling and sailing for themselves.”