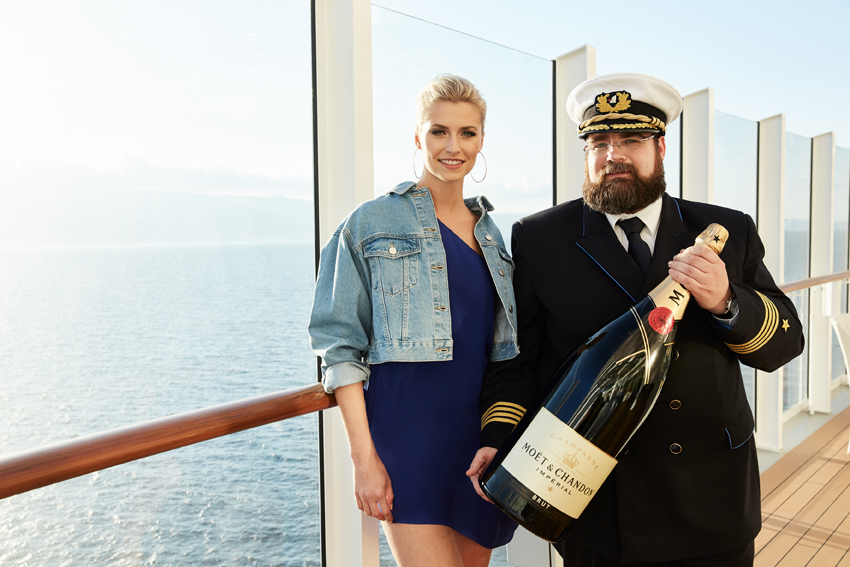 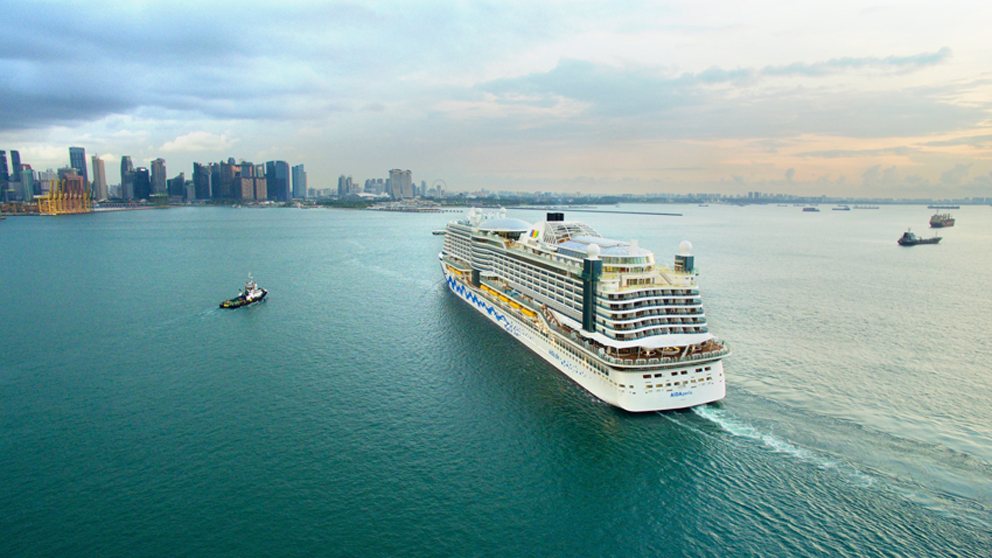 The big moment finally arrived at 10:30 p.m. on June 30, 2017: Model and presenter Lena Gercke christened the 12th member of the AIDA fleet with the name “AIDAperla.” An imposing music and light show, followed by a dazzling firework transformed the night sky above the harbor and the old town of Palma de Mallorca into a glittering ocean of color. In keeping with recent AIDA christening tradition, AIDAperla was accompanied by her sister ship AIDAaura.

All over Germany cruise fans watched the christening live on the Internet, on the AIDA social media channels and on board of all AIDA ships.

Some of the first people to extend their congratulations were celebrities such as model and godmother of AIDAluna Franziska Knuppe, Thore Schölermann, host of the christening party of AIDAperla, or “The Voice of Germany” winners Jamie-Lee and Tay Schmedtmann.

The big surprise of the evening: the Irish artist Rea Garvey wowed the around 3,000 guests on board with an hour-long secret concert and launched the countdown to the christening.

Afterwards, guests partied on board in the Beach Club and many other party locations into the early hours of the morning. Sixth-season winner Tay Schmedtmann, Jamie-Lee – who not only won the 5th season of “The Voice of Germany” in 2015 but also represented Germany in 2016 at the Eurovision Song Contest in Stockholm with her hit “Ghost” – along with other participants in the 2016 finale of the popular talent show delighted guests with their performances. Earlier on in the afternoon, just like Tay and Jamie-Lee, singer-songwriter Boris Alexander Stein and blues rock musician Marc Amacher had already created an excellent atmosphere on board with their solo shows.

With the exclusive “AIDAperla Christening Special” offer that can be booked from July 1 until July 10, 2017, AIDA Cruises is thanking its most loyal fans and also inviting everyone to sample the diversity of the new vacation worlds aboard the latest generation of AIDA ships. On all AIDAperla and AIDAprima cruises during the period from July 1, 2017 to December 31, 2017, AIDA Cruises will be treating all guests to board credit of 100 euros* for new PREMIUM and VARIO-price bookings.

The 300-meter-long and 37.6-meter-wide cruise ship will be sailing the western Mediterranean from July 1, 2017. The capital of the Germans’ favorite island, Palma de Mallorca, and Barcelona are the start and destination ports for the seven-day cruises that take in stops such as Rome (Civitavecchia), Corsica and Florence (Livorno).

AIDAperla will make her first appearance in Germany in March 2018. The Hanseatic City of Hamburg will be the start and end port for seven-day round trips to some of the most beautiful destinations in Western Europe such as Southampton, Le Havre, Zeebrugge or Rotterdam.

The many highlights on board include the Beach Club that is covered with a weatherproof, UV-permeable foil dome, and the Four Elements with its water slides and ropes course. Guests have a choice of 13 different stateroom types including spacious veranda staterooms and panorama staterooms on the exclusive Patio Deck.

The captivating and award-winning Body & Soul Organic Spa features different saunas, several indoor and outdoor pools, a tepidarium and a fireside room for complete relaxation. The Lanai Deck with infinity pools, glass elevators, two skywalks, state-of-the-art LED technology, aerial structures for extraordinary shows by artistes, and an interactive floating ball for the entertainment program rounds off the diverse range of options. In addition to the Kids and Teens Club, there is also a Mini Club on board which looks after small children of 6 months and over.

By deploying the twelfth member of its fleet in Palma de Mallorca all year round, AIDA Cruises is also further expanding its commitment to the Balearic Islands as well as in the low season. With five AIDA ships calling here a total of 88 times in 2017, this year the company will once again be one of the city’s most important partners. Apart from AIDAperla, which will call 34 times, Palma de Mallorca is also a travel destination and transfer port for guests aboard AIDAstella, AIDAblu, AIDAbella and AIDAaura. 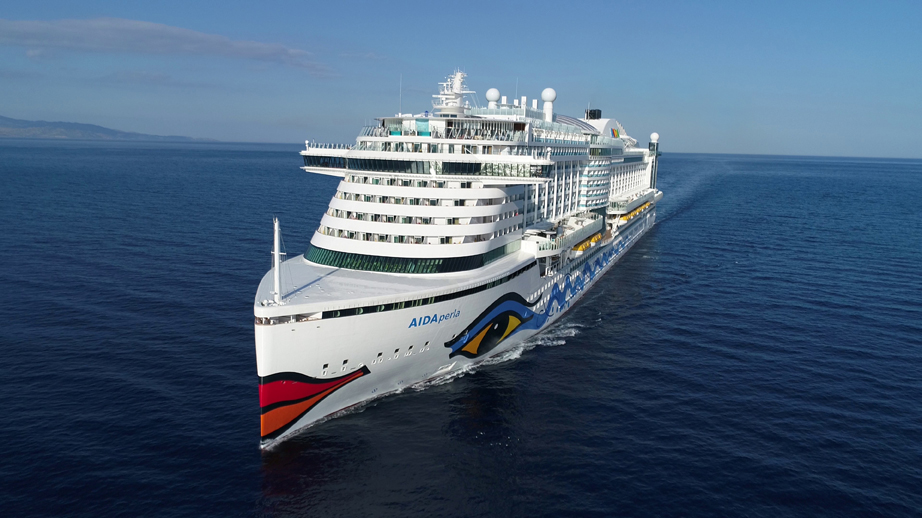