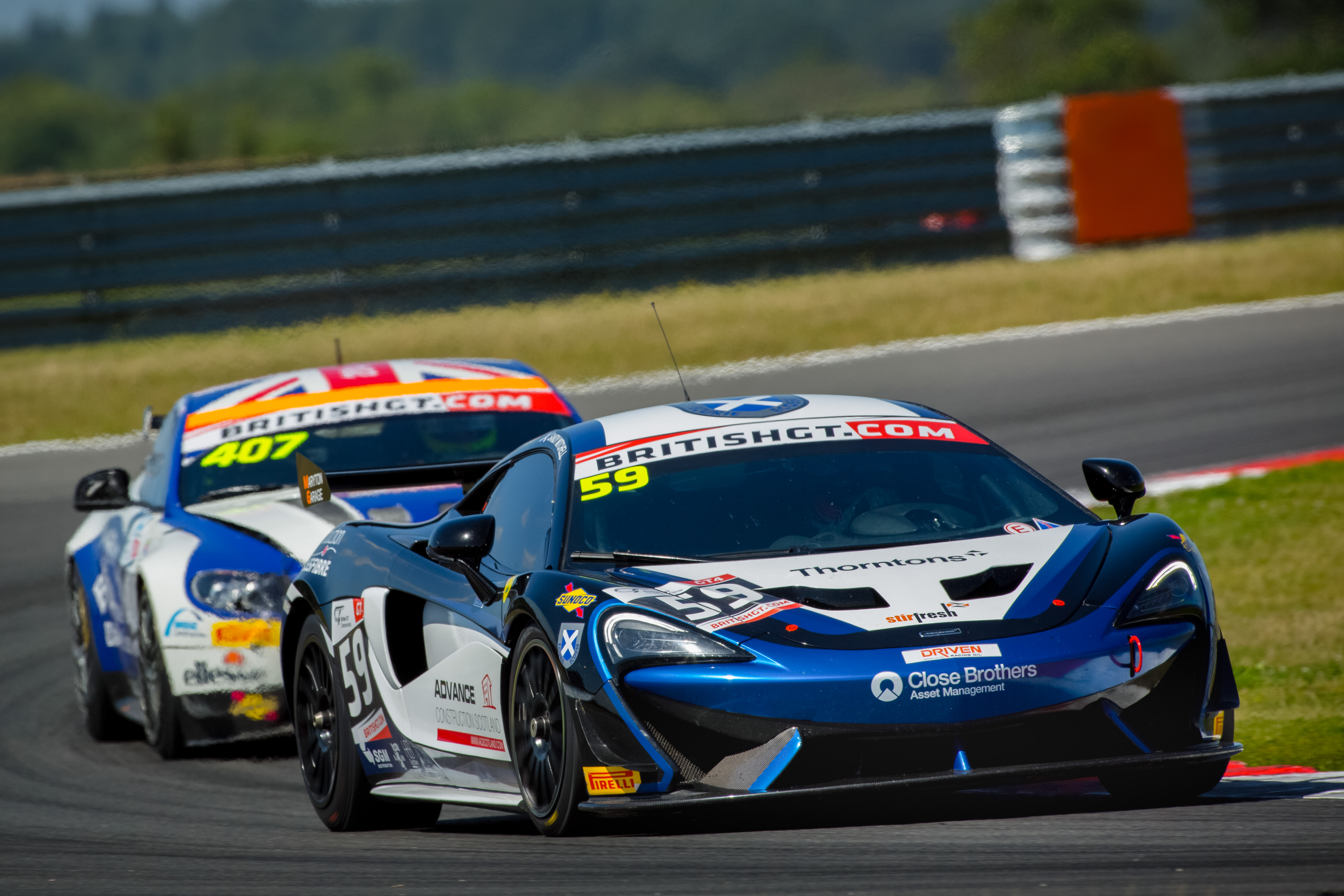 The #59 McLaren 570S GT4 run by customer team Black Bull Ecurie Ecosse scored victory over the weekend at Snetterton, the penultimate round of the 2016 British GT Championship. After several strong performances in the season to-date – including consecutive pole positions at the previous two rounds – the result marks the debut victory for the track-dedicated Sports Series model which is still in its development season.

The young driver pairing of Sandy Mitchell and Ciaran Haggerty combined to complete a stunning drive after a strong qualifying saw them qualify P3 in the first race of the weekend. The charge to the front of the pack was aided by a rapid stop from the Black Bull Ecurie Ecosse pitcrew, which vaulted the car into the lead when Haggerty climbed aboard. From there, the young Scot ran a solid stint, defending from the car behind in the class until the end of the race, eventually taking the win by just over three tenths of a second. The win comes with one round of the season to go as the development programme continues.

In the second race of the weekend, the car would face a set back, but once again show off its durability and pace, finishing P4. Haggerty drove the car for the opening stint, and sustained damage in the opening laps while running P2 and challenging for the lead. A quick trip to the pits for repairs meant the car was fall to the back of the 17-car strong GT4 field, but both drivers refused to call it a day. Throughout the rest of the hour the car lapped faster than the majority of the field, and with 16-year old Mitchell at the wheel finished just shy of the podium, capping off the best ever competitive weekend for the 570S GT4.

In the GT3 class, the Black Bull Ecurie Ecosse McLaren 650S GT3 with McLaren GT Factory Driver Rob Bell sharing with Alisdair McCaig had a challenging meeting in Norfolk. The car was forced to retire from both races due to damage sustained in an incident on the first lap of the first race.