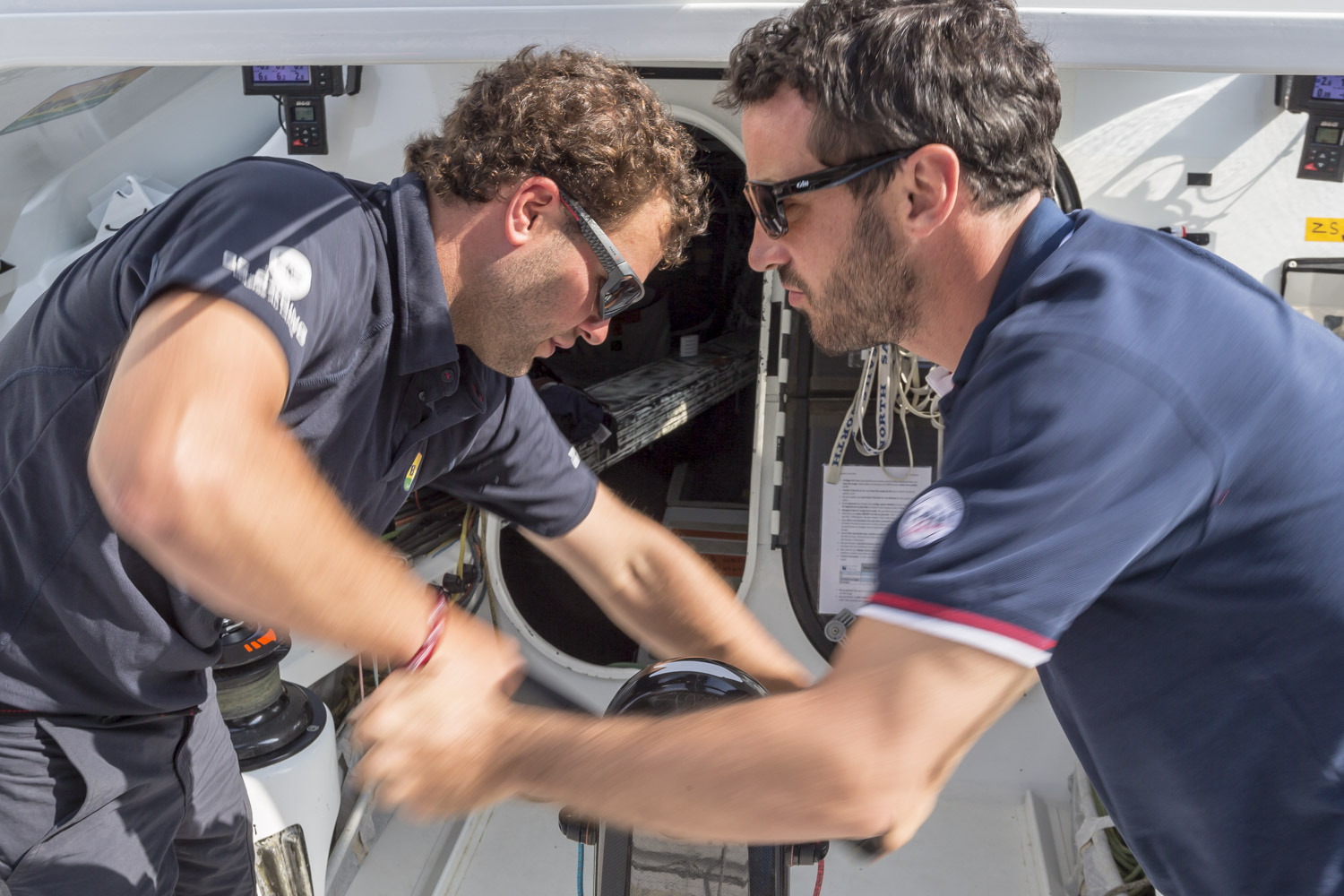 All to play for

Monaco 6th June 2018. There is everything to play for in this Monaco Globe Series, a double-hander, non-stop, unassisted offshore race organised by the Yacht Club de Monaco. This stage, which kicks off the new 2018-2020 IMOCA world championship, has been full of surprises for the nine boats in competition.

Steady as she goes

The return leg up the coast of Sardinia promised changes to the ranking given the two weather systems. The forecasts proved right during Tuesday-Wednesday night as the fleet regrouped. Indeed, 600nm after the start they were in a regular regatta configuration, “almost unheard of in the IMOCAs,” reckons Race Director Guillaume Rottee. “The wind was pretty steady during the night, then they crossed a light-wind zone and on Wednesday morning hit wind again, a south-south-westerly flow”.

Although the top trio comprising Monin, SMA and Kilcullen Team Ireland set the tone from the start, the pace then picked up with the return of Newrest-Art & Fenêtres, Malizia II, and Bureau Vallée 2who made a superb come-back to get back in contact with the leading pack. The Monegasque 60-footer covered 223 nautical miles in 24 hours and registered speeds of 17 knots.

While most boats decided to remain off the Sardinian coast to get closer to the wind, others like Isabelle Joschke and Alain Gautier (Monin) took a punt on going further west of the fleet. It was a choice that did not really pay off as they were forced to gybe at first light to avoid distancing themselves any further.

The tempo did not slow-down as they approached Port-Cros in the Var, with SMA and Newrest-Art & Fenêtre taking their war of nerves into extra time. Sailing fans were able to watch this match racing lesson live on a tracking system broadcast on screens at the YCM and also available on the website  www.yacht-club-monaco.mc .  “We are hanging in there!” said a tense Fabrice Amedeo paired with Eric Peron (Newrest-Art & Fenêtre) sailing a few hundred metres from Paul Meilhat and Gwénolé Gahinet on SMA.

Behind them, the pressure has not dropped one iota between Boulogne Billancourt, Groupe Setin and 4MyPlanet2 who at the end of the day moved up a gear, averaging 15 knots to try and close the gap.

An unstable weather system makes it difficult to forecast wind intensity or direction, an uncertainty that will keep the suspense going to the finish for the first group. Estimated time of arrival is any time between 5.00am and mid-afternoon on Thursday 7th June.

Note: the positions of all the boats are tracked every 30 minutes and published on a map of the course: http://bit.ly/2JdTu4i