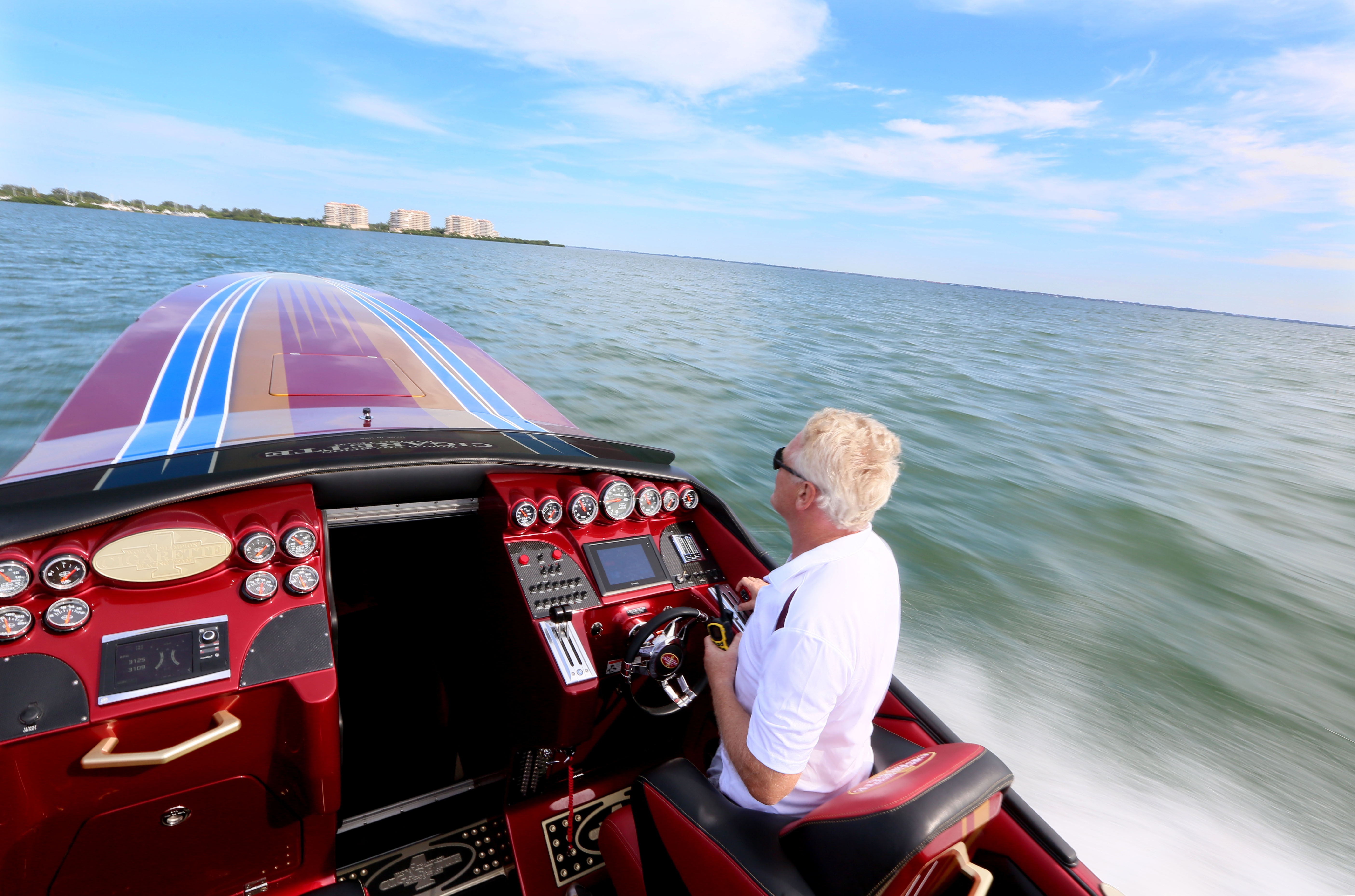 British powerboat racer Steve Curtis is an eight-time World Powerboat champion and holder of the World Water Speed Record. He is also the owner and CEO of renowned boat building company, Cougar Marine.
In ‘The Future of Power’, part of the Mulsanne Visionaries series, Curtis describes his long-held fascination with acceleration and speed. He also talks about the similarities and differences between the boats he races and the Bentley Mulsanne – both sharing a similar top speed.