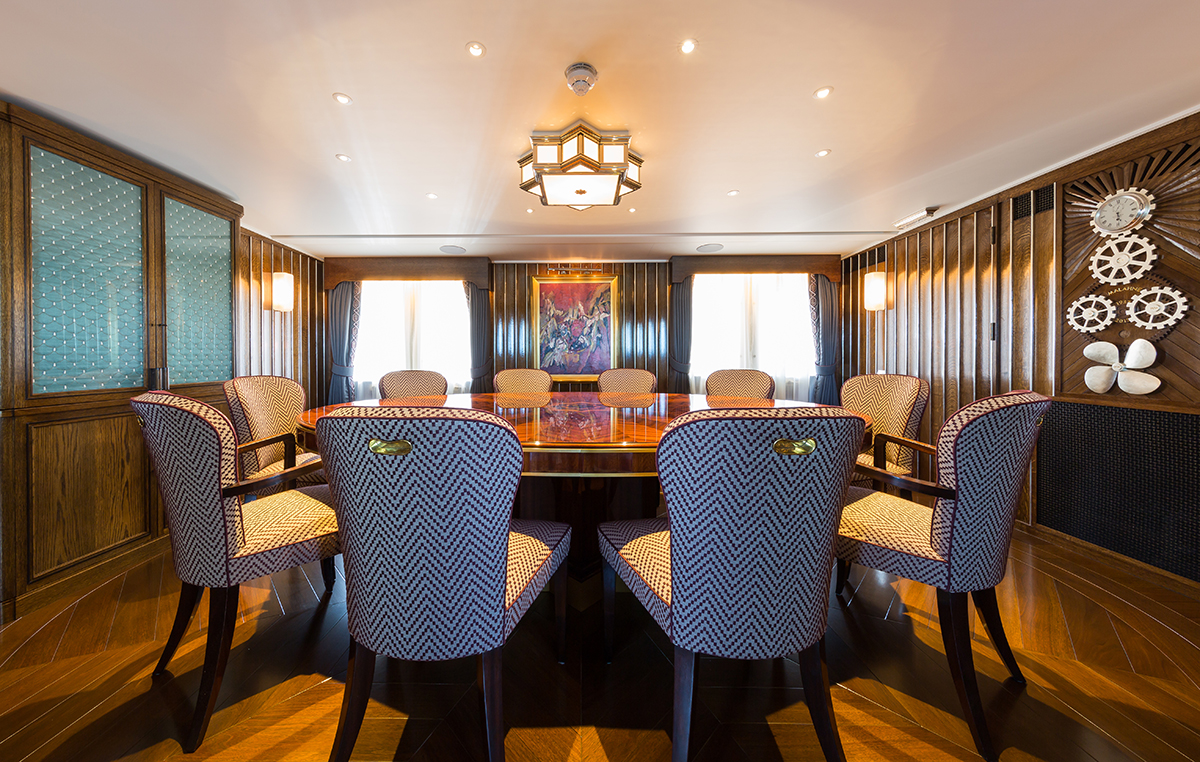 Pendennis Shipyard is delighted to announce that the classic 1937 Camper & Nicholsons yacht Malahne has been awarded ‘Best Rebuild’ project at the World Superyacht Awards.
The project, which was completed in June 2015 after a 30-month refit programme, was overseen by Nicholas Edmiston who saw the yacht’s potential and drove the project forward with an all-British team who used their combined restoration expertise, along with period knowledge and historical understanding of the vessel so that the yacht could be brought back to life, according to the Owner’s vision. As Nick explains: “I was lucky enough to find an Owner with the imagination and courage to undertake a massive restoration project – the end result has been fantastic.”
Malahne arrived in Falmouth on a barge in September 2012, in a very sad state, not at all reflective of the glamour she had enjoyed in her heyday, entertaining such stars as Grace Kelly and Elizabeth Taylor. The Owner’s brief was to “recreate the vessel as she was in the 1930s, and as if she had always been that way”. Exterior designers G.L.Watson meticulously outlined the proportions and integrity of the original design whilst ensuring the vessel was compatible with current Lloyds and MCA requirements, whilst Pendennis immediately began the extensive programme of reconstructing the hull and superstructure to Malahne’s original form, using riveting and steelwork techniques reflective of the original build era.
Oliver Laws Design were recruited to create a stylish and sumptuous Art Deco interior, with exquisite attention to detail in every aspect from hardware to lighting, original furniture and built-in cabinets, even original Bakelite telephones. Guy Oliver recruited a plethora of artisans and hand-painting artists to recreate an authenticity reflective of the era. The Pendennis team employed traditional ‘boat building’ and finishing skills to ensure the attention to detail was consistent throughout, using hand-painting techniques rather than airbrushing, and wiring modern comms into old-fashioned duo-wiring, all supported by modern technology and systems to ensure performance and fuel efficiency.
Mike Carr, Managing Director of Pendennis, said “Malahne is the most extensive superyacht restoration programme ever undertaken. We are extremely proud of the result and to be rewarded with a World Superyacht Award is a reflection of the dedication and passion of everyone involved in this project.”