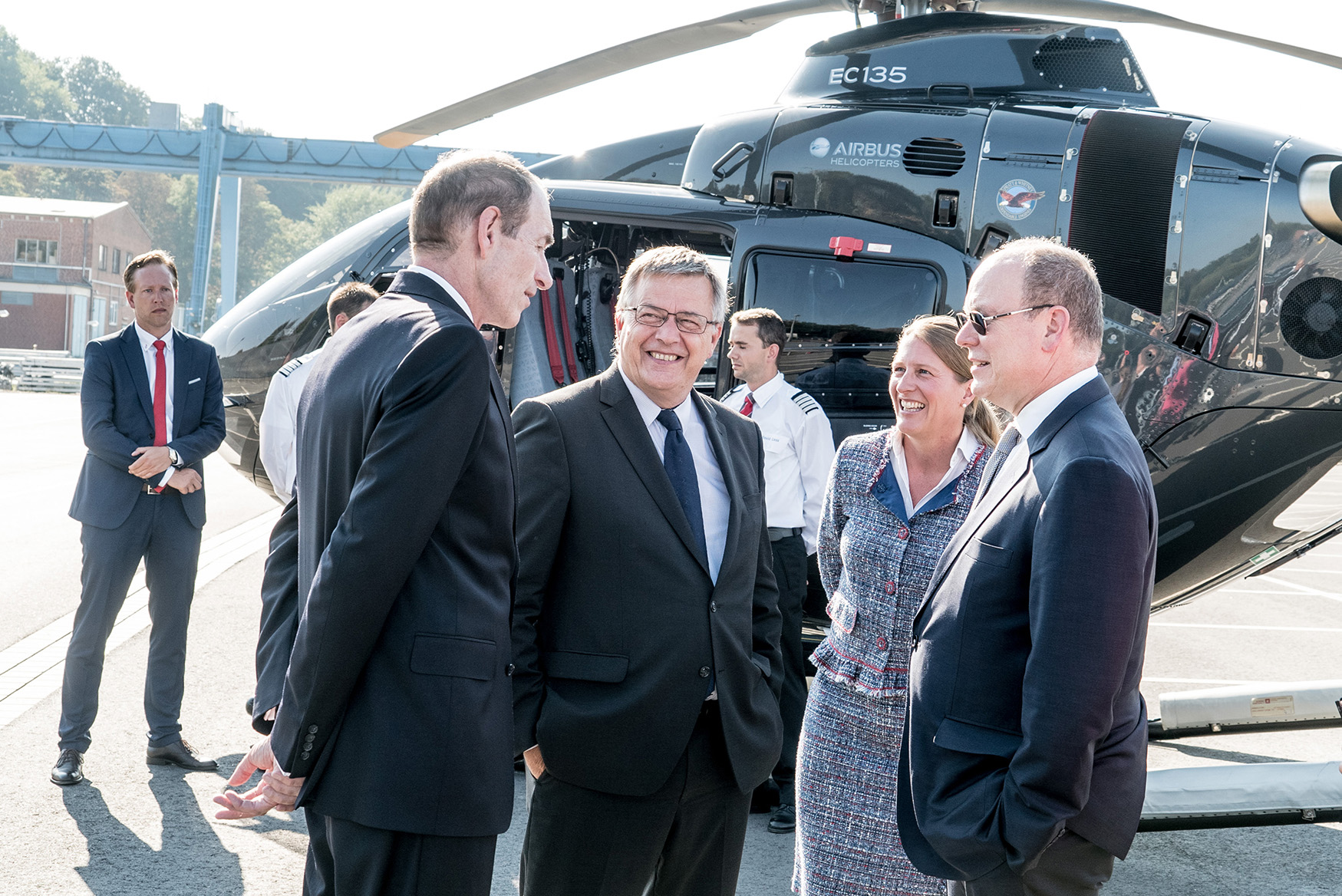 Princely reception at GERMAN NAVAL YARDS Kiel: The 12th of September 2016, S.A.S. Prince Albert II of Monaco paid the shipyard a private visit as part of his trip to the state capital of Schleswig-Holstein, Kiel. GERMAN NAVAL YARDS Kiel presented itself as an attentive host and invited the   Prince, after being welcomed by the management, on a helicopter flight over the three shipyards in Northern-Germany belonging to the international Privinvest

Group: NOBISKRUG (Rendsburg), LINDENAU (Kiel-Friedrichsort) and GERMAN NAVAL YARDS Kiel. Following the one-hour flight Prince Albert II enjoyed the view from the Sky Lounge on the crane of the Kiel shipyard for an original high-tea. The 900 t gantry crane is one of Kiel’s landmarks, it offers a reception area at an
approximate height of 100 m and an impressive 360-degree panoramic view of Kiel.

After exchanging presents and the obligatory entry in the guest book of GERMAN NAVAL YARDS Kiel the noble visit of Prince Albert II of Monaco ended. However, this visit will have a follow-up soon, as Susanne Wiegand, Managing Director of the three German shipyard states: “Already in two weeks we will be in the
Principality of Monaco during the annual Monaco Yacht Show, where we are represented successfully with our yacht brand NOBISKRUG“. In addition Mrs. Wiegand says: “Of course, we have also invited Prince Albert II to visit our booth at the Yacht Show. We would be happy to see him again at this occasion.“

The international fair will take place from September, 28th to October to 1st, 2016 at Port Hercules in the Principality of Monaco. 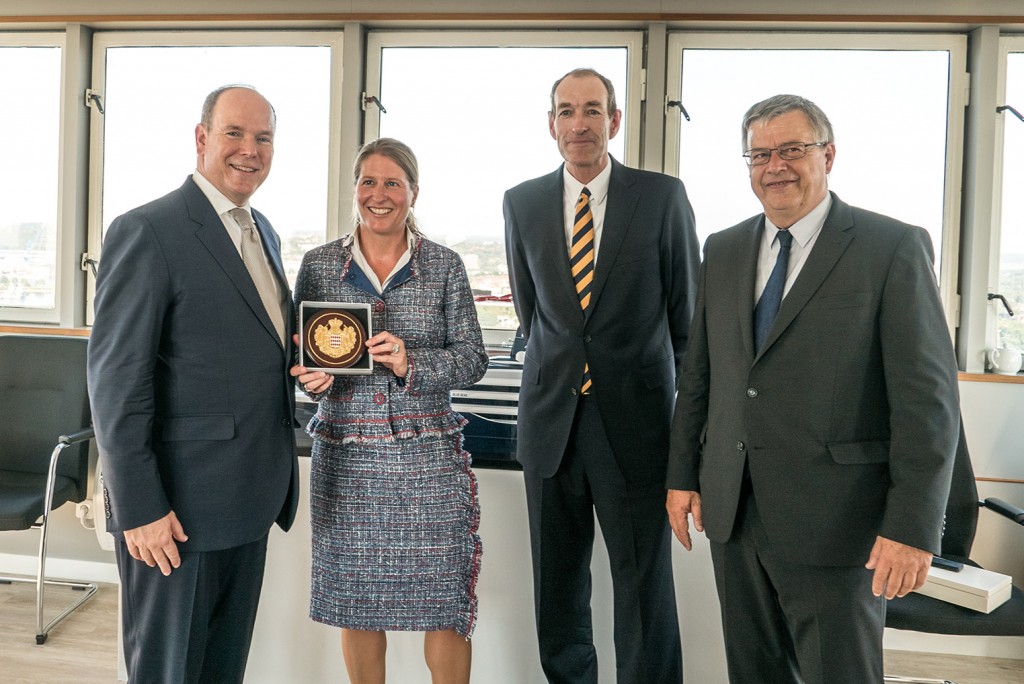 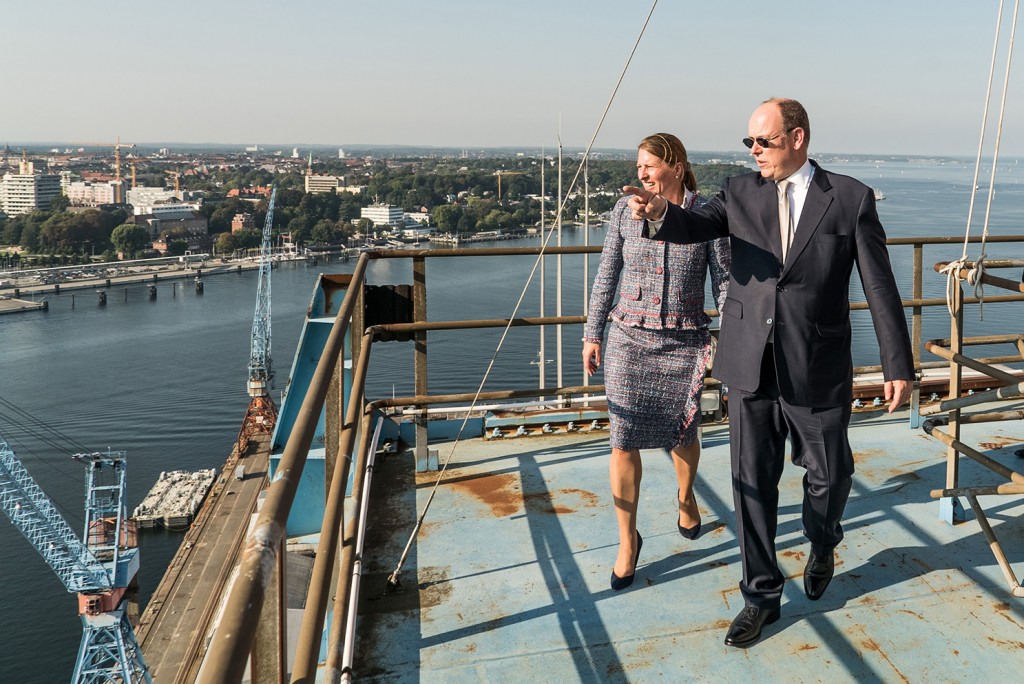