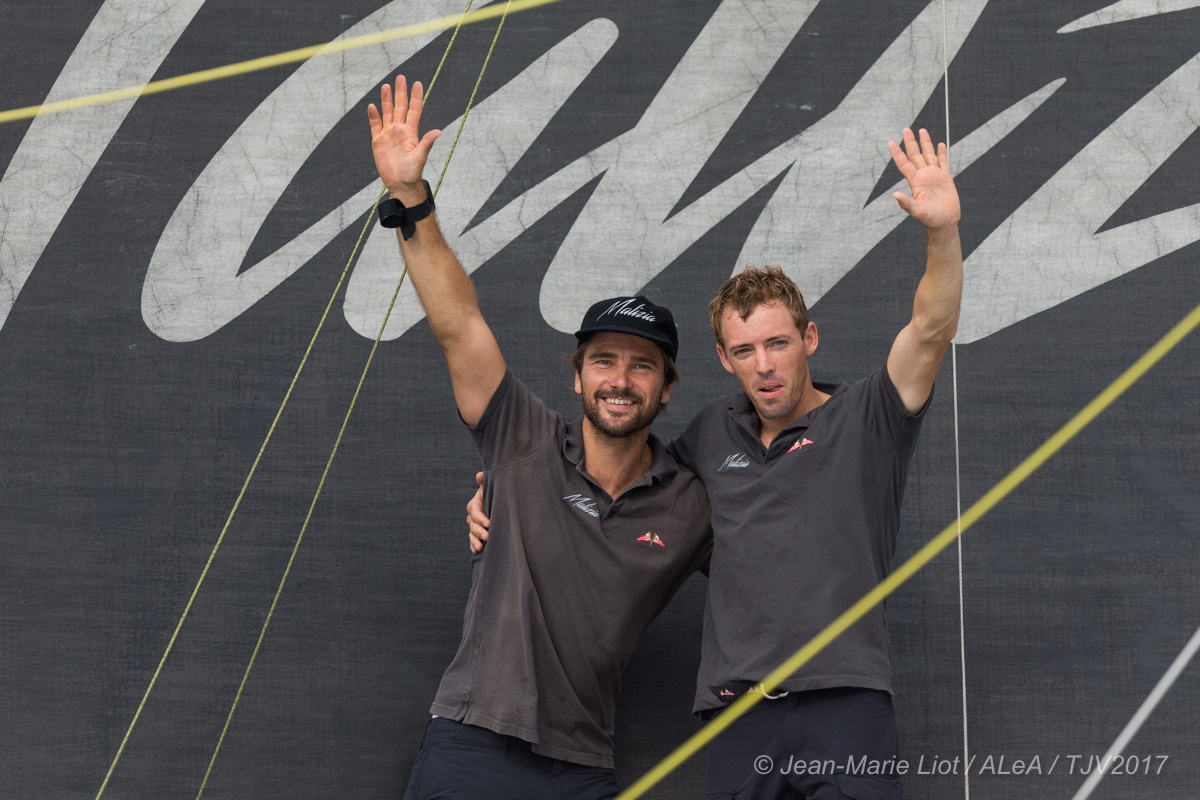 On Monday 20th November at 11.06.53 precisely, Malizia II – Yacht Club de Monaco, the first Monegasque IMOCA 60’ to compete in the Transat Jacques Vabre, crossed the finish line of the 13th edition of this double-hander race to take 4th in the IMOCA category.

Crewed by Boris Herrmann and Thomas Ruyant, the 60’ (18.28m) mono-hull took 14 days 21 hours 31 minutes 53 seconds to cover the theoretical course of 4,350 nautical miles from Le Havre at an average speed of 12.18 knots, but actually sailed 4,805nm at an average 13.44 knots. A reminder that the winner in this category was Jean-Pierre Dick paired with Yann Eliès (St Michel-Virbac).

From the start on 5th November in Le Havre, the Malizia II – Yacht Club de Monaco pair made incisive tactical choices, and were the furthest north as they approached a weather front that affected them even earlier than St Michel-Virbac. But the Monegasque team’s ambitions were almost immediately hampered by technical issues with sails and electronics.

Dropping to 8th position just above the Canaries where they repaired their weather vane aerial, they clawed back four places before the equator. Still posing a serious threat to Des Voiles et Vous! as they entered the Doldrums, their hopes of a podium finish disappeared as they exited the convergence zone which closed in on them as the three leaders escaped.

“It was a fantastic race. I was expecting it to be rather like that. It was incredibly intense, we were battling on all fronts, constantly trimming the sails and couldn’t relax for a second. Of course, on this great boat we could have been on the podium. We probably made a few minor tactical errors. Despite our technical problems, we knew what to do and stayed totally focused and motivated. With only one weather vane giving partial information, we were mainly sailing on instinct. We are happy with the result. I learned a lot being with Thomas,” explained Boris Herrmann on arrival.

“What’s great is that we never gave up, even though we got stuck. We fought hard, we came back, we got stuck again, and again we regained ground. I enjoyed it enormously. These are truly incredible machines. We both sailed well. I think Boris will be a serious contender for the next Vendée Globe. That’s all I want for him, all that I want also, even if we’re not there yet!” said Thomas Ruyant.

In the end, it was an excellent result for Malizia II, a VPLP Verdier design, (ex-Gitana), who only arrived in her new home port of Monaco last June, an initiative of Pierre Casiraghi, Vice-President of the Yacht Club de Monaco.